What's In a Name? The Fenwick Ballroom Pays Tribute to a Special Local Lady 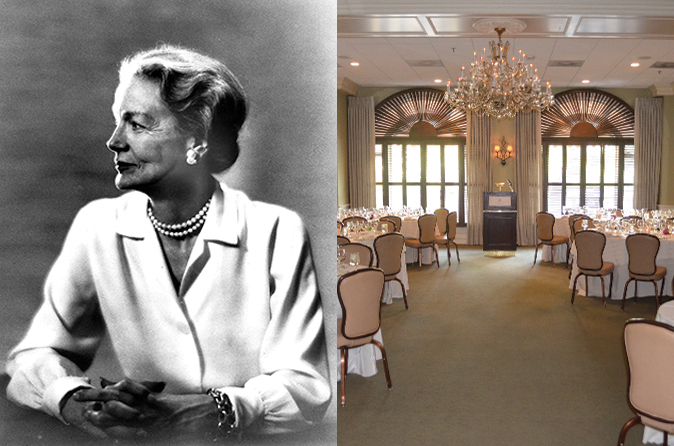 The Bernards Inn proudly commemorates a legendary woman whose lifelong commitment to  activism on behalf of consumers,  minorities, and women’s rights helped to change the world. 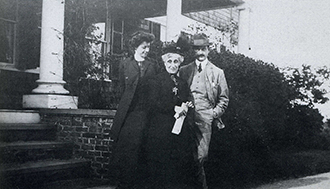 Millicent Fenwick was born Millicent Vernon Hammond in New York City on February 25, 1910 to a prominent family with a tradition of public service and grew up in a 50-room mansion in Bernardsville. Her father, Ogden H. Hammond, was a financier and state legislator. When Mrs. Fenwick was five, her mother, the former Mary Stevens, perished aboard the Lusitania when the ocean liner was torpedoed by a German submarine. 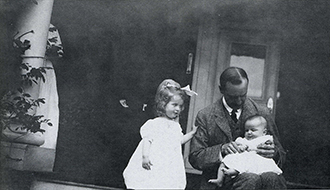 Mrs. Fenwick had a varied career, including stints as a fashion model,  author and editor and decades of public service in local, state and Federal elected and appointed posts. She earned the epithet “Conscience of Congress” with her fiscal conservatism, human rights advocacy, and dedication to campaign finance reform. She was perhaps most widely known for her wry humor, wit, zest and idiosyncrasies. Tall and patrician, but down-to-earth and pungent, she inspired the Lacey Davenport character in Garry Trudeau's "Doonesbury" cartoons. 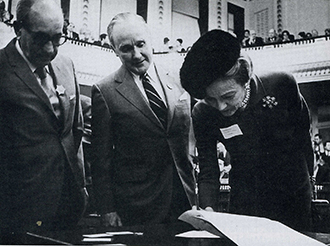 She won the respect of her political peers, sometimes grudgingly, for her substantive record and advocacy on a wide variety of issues, including civil rights, peace in Vietnam, aid for asbestos victims, help for the poor, prison reform, strip-mining controls, reduction of military programs, urban renewal, campaign spending limits, gun control and restrictions on capital punishment. Among Mrs. Fenwick's proudest achievements was being a lead sponsor of the resolution creating the commission to monitor the 1975 Helsinki accords on human rights.

Mrs. Fenwick's political career blossomed with age. She first ran and won a seat in the New Jersey State Legislature at the age of 59 and in Congress at 64. The Congressional primary rival she beat was Thomas H. Kean, later elected Governor of the Garden State. Gov. William T. Cahill appointed her as New Jersey's first director of consumer affairs in 1972. Among her efforts were to protect car buyers from deceptive advertising and to require funeral homes to itemize bills in advance. Her Congressional tenure ended in 1982, when she ran for the United States Senate and lost narrowly to Frank R. Lautenberg, a Democratic millionaire. But shortly after her loss, President Ronald Reagan appointed her as the first American envoy to the United Nations Food and Agriculture Organization in Rome, Italy. She retired from that post in 1987 and resided in Bernardsville until her death on September 16, 1992. In November 1992, following a massive renovation of the Inn that began in 1985, the Fenwick Ballroom  was opened and named after  Millicent Fenwick for her  great accomplishments and contributions to local life and society. 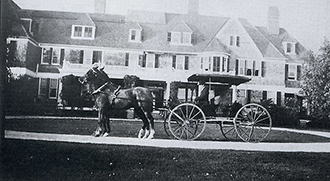 The Fenwick Ballroom's new décor is reminiscent of the great estate homes of the Bernardsville Mountain Colony, which includes Millicent Fenwick's estate pictured here in 1909 with a horse and carriage out front. The Fenwick Ballroom has an elegant new look following a redesign by resident style expert, Jeffery Haines of Butler's of Far Hills. Windows have been transformed with arched plantation shutters while an expanded new dance floor will have guests dancing the night away. The walls will be next and accented by custom lattice work. 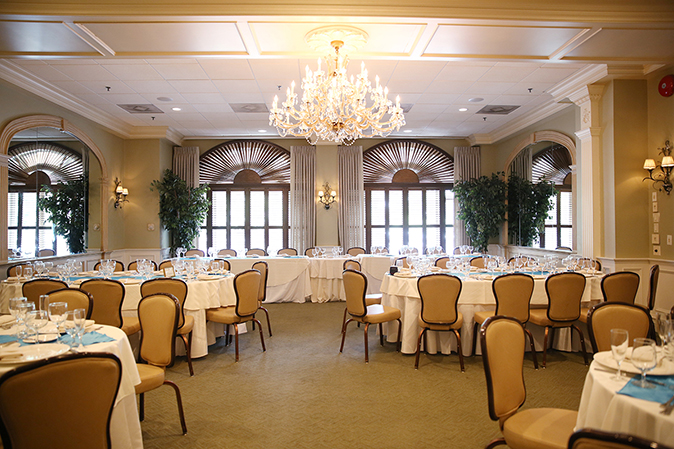 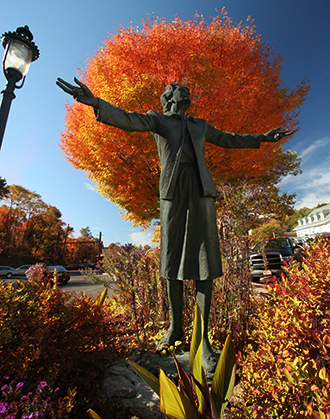 Guests may be interested in visiting the life-size statue of Millicent Fenwick, located just across the street from the Inn at the train station. Her arms are open and welcoming, and it is as if she is gazing upon The Bernards Inn and the magnificent ballroom that bears her name.