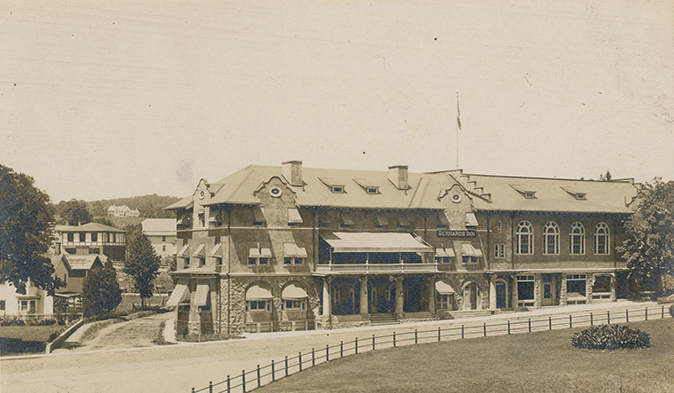 One night in 1930, an intoxicated man arrested for violating prohibition laws was confined to a cell and his lit cigarette changing the Inn forever.

In the early 1920's and 30's, The Bernards Inn​ was renowned for its impressive size. The Inn's building occupied a long stretch of what is now Route 202 and once housed the Bernardsville Borough Hall Offices, which included a small jail. 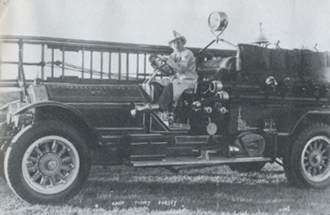 On the night of March 31, 1930, an intoxicated man arrested for violating prohibition laws, was confined to one of the jail cells. His lit cigarette caused one of the greatest fires known to the Somerset Hills. Half of the building containing the borough offices caught fire. In a monumental show of community and support, the residents of Basking Ridge, Morristown and other surrounding areas joined together to extinguish the blaze and save the remaining portion of The Inn.

Many of the municipal offices were affected and lost much of their contents such as documents and maps. Fortunately, the tailor, radio, and shoe stores located in the building were able to salvage the stock of their stores by moving their merchandise across the street to neighboring retailers. The majority of the Inn's building was saved and its furnishings and contents remained untouched by flames thanks to a brick fire wall built into the original structure. Decor from the original Plaza Hotel in New York City was then incorporated into The Inn's structure and it was restored to its former, slightly smaller, glory.