It’s Beer’s Time To Shine At the Dinner Table 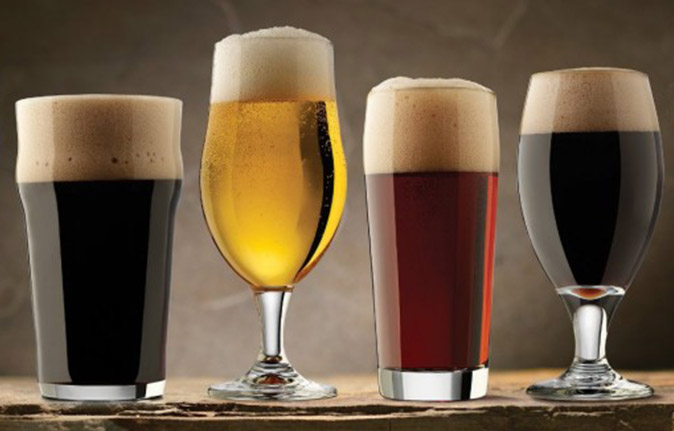 Beer. There's more than one type, and more than one style. Expert John Holl explains how each type gets their distinctive taste and the best meal pairings.

Beer has long lived in the shadow of wine, being treated as a second-class citizen at the majority of dinner parties, fine restaurants, and even casual meals. In the general consciousness of American dining, it was vino that got all the glory, was brought as gifts and garnered a special glass next to the plate.

Fortunately that has changed in recent years thanks in part to the growth of the craft beer movement and increased education of the beverage. Today, more than any other time in the country’s history, we have access to a dizzying array of beer styles from professionals that know how to wield ingredients.

It’s the individual ingredients in beer that are the stars of the show. At its core beer is water, malt, hops, and yeast. Brewers are also adding other ingredients to their brews, from fruits, coffee, chocolate, spices, even exotic ingredients (I once had a beer brewed with grilled beef hearts added). But let’s look at three of the main ingredients and their individual flavors while thinking about food. 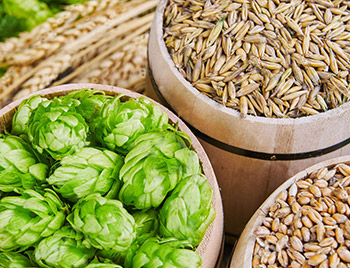 Malt: Depending on how it is roasted can have notes of toast, coffee, chocolate, toffee, even hay or grass.

Hops: While often described as “bitter” consider the flavors of citrus, pine, tropical fruits and more when smelling and tasting the beer.

The fact is that beer is so varied, so complex, with a cornucopia of flavors that it finds ways to compliment, contrast and elevate all cuisine from the lowly chip and dip to the most perfectly aged steak. This makes it more flexible than wine when it comes to creating the perfect pairing.

All are appealing, all are flavorful and all are completely removed from the bland light lagers that permeated the beer scene from the 1950s to the late 1980s. That was a period of time that also saw an ideological shift in the general approach to food – when we became a culture of convenience. Microwavable meals, McDonald’s, Wonder Bread and Velveeta became a routine part of our lives.

Then the light switch flipped and people began to care not only about what they were eating, but where it came from. There were a lot of reasons for this - the rise of cooking shows and celebrity chefs as well as a general shift towards becoming more environmentally responsible and health conscious. Palates developed, more education about food and drink became available, and now more people are eating local.

We are now in a frothy golden age where the beers that are produced by the country's more than 4,500 breweries are not only technically perfect, but imaginative, eye-opening concoctions that have turned a millennia of brewing on its head. They also pair perfectly with any kind of meal.

Consider the malt, hops and yeast flavors in a beer and how it can compliment or positively contrast what is being served on the plate. Chances are you’ll bring your dinner to a whole new level.

John Holl is the author of Dishing Up New Jersey and the American Craft Beer Cookbook, the editor of All About Beer Magazine, and co-host of the Steal This Beer podcast. Join him for a beer dinner at The Bernards Inn on June 2.